In November, we officially opened the new facilities generously sponsored by the World Poultry Foundation. These included a new biosecurity block which offers eight modern showers – a big improvement on the old facilities.  The new showers will increase the time available for practical learning as delegates can now be kitted out and biosecure-ready for farm learning in a quarter of the time previously required. The new gas geysers will ensure that the hot water never runs out – especially important in winter months! Doing the ribbon-cutting honours was the KZNPI President, Mr Seo Mtetwa.

WPF funding was also used to build a new feed store, egg store and to extend the existing hatchery. This will allow much-needed additional space for hatchery training courses. On hand for the ribbon cutting were Andrew Smith, COO of Meadow Feeds, Pietermaritzburg and Michel Bradford, Product Manager of De Heus Animal Feeds. These two companies have generously sponsored the feed for the institute’s training farm for a number of years. The KZNPI is extremely grateful for this support.

Following the opening ceremonies the guests enjoyed lunch during which Dr Ed Wethli, the first Training Principal of the KZNPI gave an insight into the challenges faced in setting up the KZNPI during its early days during the 1990s. 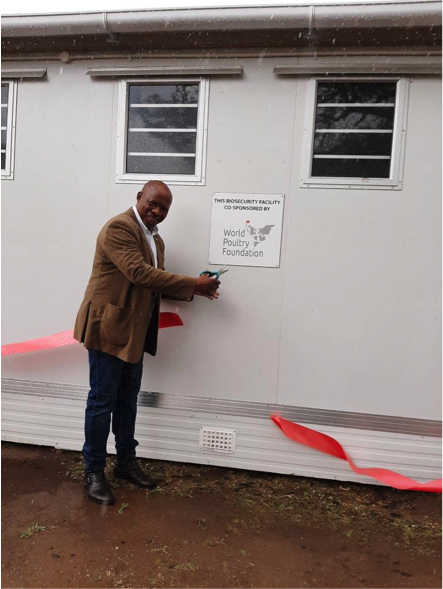 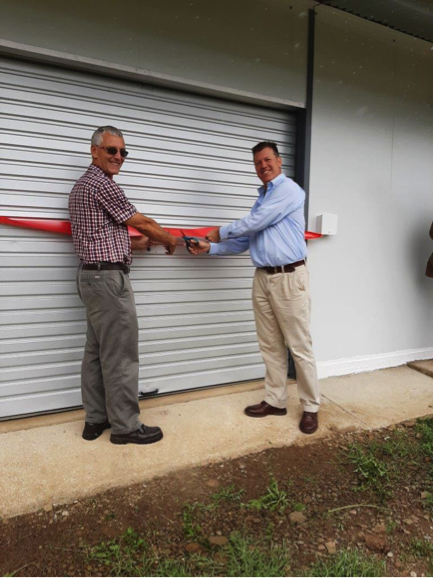